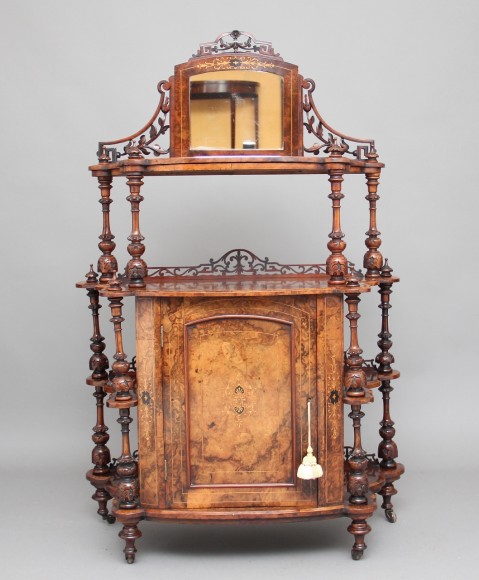 19th Century burr walnut and inlaid whatnot cabinet of bowfronted form, having a fret carved mirrored superstructure above a shelf supported by carved and turned columns finishing with carved finials, a single door below opening to reveal two fixed shelves inside, the burr walnut door front inlaid with boxwood lines and having an arched panel at the centre, two shaped and inlaid shelves either side with carved fretwork, standing on turned feet terminating on castors. Circa 1860.

19th Century carved oak hall bench
We use cookies to ensure that we give you the best experience on our website. If you continue to use this site we will assume that you are happy with it.Ok
Scroll to top