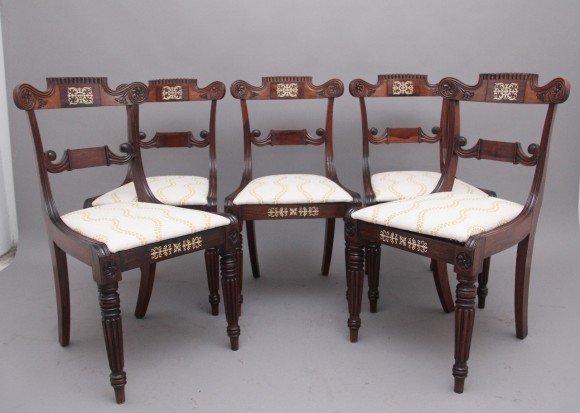 A set of five early 19th Century Anglo Indian rosewood side chairs, having a highly decorative shaped back rail incorporating a central panel with bone inlay and floral carving at either side, carved middle rail with shaped side rails, a recently re-upholstered cream coloured upholstered drop in seat, supported on rear out swept legs and turned and fluted front legs, with further carving and decorative bone inlay on the front rail. Circa 1830.

A pair of 18th Century antique mahogany knife boxes
We use cookies to ensure that we give you the best experience on our website. If you continue to use this site we will assume that you are happy with it.Ok
Scroll to top