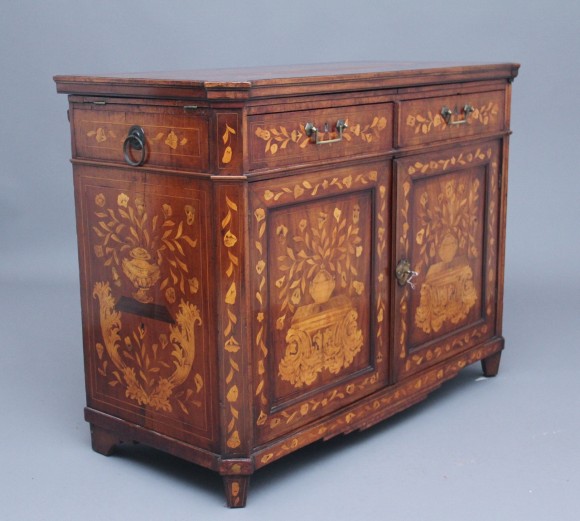 A lovely quality early 19th Century Dutch marquetry travelling cabinet, profusely inlaid all over with various foliage and urns, the decorative top depicting a countryside scene, which lifts up to reveal folding shelves and back panel, the faux drawer panels to the sides extend out so a panel can lift up and fold over to provide more room, the underneath of the side panels and the shelves have various marquetry inlay including jugs, cups and saucers etc. The base section comprising of two drawers above two cupboard doors which open to reveal single shelf inside, standing on tapered square feet. Circa 1820.

Early 19th Century mahogany bowfront chest
We use cookies to ensure that we give you the best experience on our website. If you continue to use this site we will assume that you are happy with it.Ok
Scroll to top