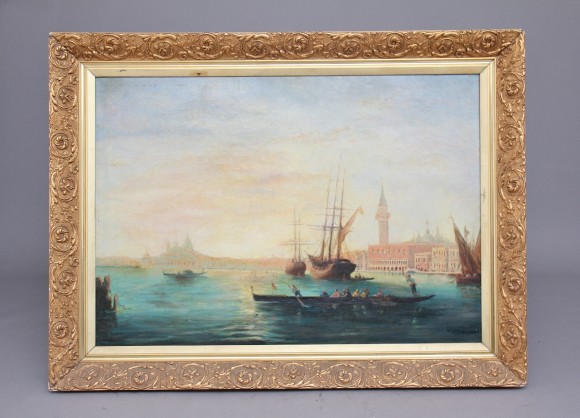 Vincent Manago was born in Toulon in France in 1880. He migrated to North Africa and then to France and painted landscape views and street scenes.

Vincent Manago was a very popular painter in Marseille between 1900 and 1913, where his work was shown at the Foire internationale de Marseille and at the Exposition Coloniale des Paysages d’Afrique et de Provence. He specialised in landscape, marine and genre paintings of the Mediterranean coast (Port de Martiques, La Rochelle, Venice) and in Orientalist painting. The latter showed the influence of his stay in Tunisia and Algeria on his art. He used vivid colors in his paintings. As would other Orientalist artists, he also used scenes depicted on postcards as inspiration for his paintings. Manago also worked as a decorator of several private residences in Tunis and Alger. Vincent Manago lived in Paris until his death on 30 June 1936.

19th Century mahogany and marble top chest
We use cookies to ensure that we give you the best experience on our website. If you continue to use this site we will assume that you are happy with it.Ok
Scroll to top